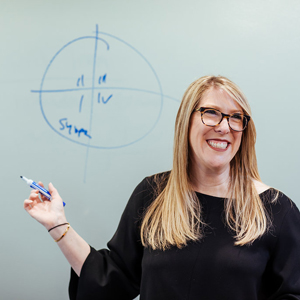 We’re talking about feedback. Listen to difficult conversations expert and executive coach Debbie Goldstein discuss the power of coaching. Despite the fact that she doesn’t like being introduced as an expert or a master coach she is incredibly adept at listening closely to executives and students alike to help them raise awareness around themselves and their strategic choices. Learn about the concept of “doubling” and why it is so important to give people a safe “sandbox” in which to play. Debbie is a partner at Triad Consulting and teaches at Harvard Law School and Harvard Graduate School of Education. She is also an awesome, warm, and smart person.

Debbie is a Principal and the Managing Director of Triad Consulting Group. She teaches negotiation as a faculty member at Harvard Law School and Harvard Graduate School of Education. She has also taught at Tufts University School of Medicine and was an adjunct professor at Georgetown University Law Center for many years.

Debbie’s varied clients include Merck, Chanel, Brigham and Women’s Hospital, Capital One, Barclay’s, Honda, Standard Bank, Shell, Boeing, General Mills, MetLife, PricewaterhouseCoopers, Citigroup, Prudential and Proctor & Gamble.  She has addressed students and alumni at Duke’s Fuqua School of Business, University of Denver, Harvard’s Kennedy School of Government, Harvard Medical School,  Dartmouth’s Tuck Business School and Harvard Business School.  Her work often takes her internationally: to Dubai, where she worked with government leaders; to Ethiopia, where she worked with the Members of Parliament; and to Cyprus, where she taught public policy students from across the globe.

She coaches senior executives through difficult decision making and managing critical relationships, and has helped mediate family business disputes.  In the public sector, she founded and ran a free legal aid clinic called LINC (Legal Initiative for Children) for the patients at Massachusetts General Hospital’s Chelsea outpost.  She has been a featured guest on NPR, and her writing has appeared in the Boston Globe Magazine,  the Management Information Exchange Journal, and the Harvard Business Review.

Debbie is a graduate of Williams College and Boston College Law School.  After college, Debbie lived in Chicago chasing (and catching) her dream of becoming a jazz vocalist.